Are you one of these people who start to feel festive as soon as the Christmas ads hit our screens? They are often released in November, meaning gone are the days when we all held off to spread Christmas joy until December arrived.
This got us thinking; what is the BEST Christmas advert, of all time? Is there one that you’re secretly excited about seeing for the first time? After much debate and deliberation in the office, and a sizeable input from our social media following, we have come up with 5 of the best Christmas adverts ever! Is there any we’ve missed? Let us know in the comments!

After the success of their 2011 advert, “The Long Wait”, John Lewis had a tough act to follow. However, they didn’t disappoint with their animated Christmas advert, featuring a gentle story about a hare waking up a bear from hibernation, so he doesn’t miss the magic of Christmas. What really makes this advert is Lily Allen’s rendition of Keane’s “Somewhere Only We Know”, which reached number 1 in the UK Singles chart.

It’s probably one of the most recognisable adverts ever. Known as ‘Christmas Caravans’, the illuminated lorries in the advert are made more enchanting with special effects by the world-famous Industrial Light and Magic, the company behind the Star Wars films! This advert is rolled out every year without fail, with thousands of people flocking to see the trucks as they pass through a town or city near you.

This advert comes into our top 5 because it’s based on actual events. As great as animated animals are, this advert gives the watcher an insight into one of the most extraordinary parts of modern history, and left us feeling a bit bittersweet by the end of it! Sainsbury’s also donated all profits made from the sale of the chocolate bar featured in the advert to the Royal British Legion.

Christmas dinner is one of the best bits about Christmas Day, and we didn’t think anyone could make it look any better. We were wrong.
M&S have a habit of making tasty food look even more darn tasty with their adverts, and this one was no exception. Showcasing all the Christmas delights you could purchase from M&S that year, they signed off the advert with the classic line “This is not just Christmas food, this is M&S Christmas food”, indicating that theirs really is in a league of their own, and has been ever since.

Whilst the majority of social media were talking about John Lewis’s 2017 Christmas advert, Heathrow Airport broadcast their own advert for this Christmas and, in our opinion, blew John Lewis out of the water. The advert is heartfelt, relatable, and the final scene in the airport gives a huge nod to one of the best Christmas films ever, Love Actually. So all in all, this Christmas advert is possibly one of the best… ever?
So what do you think? Did we miss any out? Let us know on Twitter at @MiHiDigital. 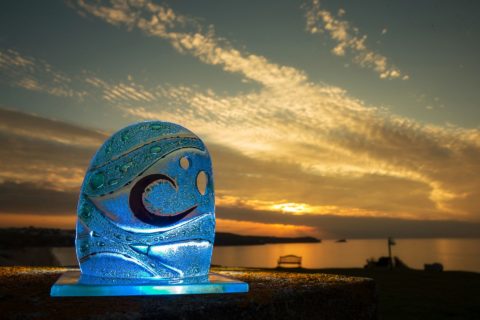