Most businesses across Devon and Cornwall will have a Twitter account by now. Good, so we’ve got one thing in common! The only problem is that most businesses will also have something else binding them together; they’ll either not really know what it is they’re getting from it (or why they’re doing it), and also not be utilising it to its fullest potential.

With that in mind, let’s take a quick look at what research says are the best times of the day and week for your business to be tweeting.

Twitter moves quicker than anything else. There’s thousands of tweets sent every second, which means that unless someone happens to be online when you tweet, you risk either not being seen, or lost in all of that noise.

The answer to this is to be tweeting regularly throughout the day. Think about the working day (just as you should be with your Facebook post timing) and tweet when people are most likely to be on their account.

For the average person this is likely to be when they first arrive at work (first hour), over lunch time (12 – 2pm) and toward the end of the working day (4 – 5pm). You’ll then see great engagement levels in the evenings between 7pm and 11pm.

It’s not a crime to send a similar tweet out several times in a day or a week as most people will have missed it (don’t believe us, then click on your analytics and see how may impressions your last tweet got vs. how many people you actually follow).

‘People will get fed up with seeing it so many times’ is a concern we hear far too often. With the average person following at least 200 accounts and checking their feed at different times during the day, it is highly unlikely they’ll see any similar posts. So get scheduling!

Note, if you’re using online tools such as Hootsuite, you’ll need to alter your tweet slightly because it doesn’t let you schedule the same tweet more than once (if you’ve ever got a scheduled post failing notification from Hootsuite that’s probably the reason).

Where do you stand on weekends?

As a rule of thumb, if you’re wanting to make the biggest possible impact but not devote your life to Twitter then we’re happy to give you Saturday off! This tends to be when everyone else is having a bit of a break, spending time with the family and generally getting out into this beautiful part of the world!

Sunday’s also tend to be quite quiet but Sunday evening is a potential goldmine, just as it is on Facebook, so make sure you give yourself at least half an hour on there then, and you should be picking up new followers and business in no time.

When to get the more re-tweets

Unlike Facebook, people don’t tend to spend hours on end scrolling through their feed. They’ll go on for short periods on a more regular basis. If you’re wanting to get more retweets, the most successful posts tend to be from 12pm to 2pm (lunchtime) and as people are leaving work from 5pm.

Of course, there’s no real point to any of this unless you’re tweeting interesting information, and also engaging. Whilst we’ve focussed on when to tweet, this post of course refers to when you should be on Twitter too and when you are on twitter you should most definitely be engaging.

Content can come in all shapes and sizes. In the three months before I had launched the MiHi Digital website I wrote what is the equivalent of a novel of helpful digital content for small businesses. Does that take time? Yes, it certainly does but what it provides you with is interesting things to share, and as a result means that when you are online at the right time you’re all the more likely to get the results that you’re wanting from your time.

If you’d like to know more about how we can help you improve Twitter for your business, give us a call on 01566 232323 or email hello@mihidigital.co.uk 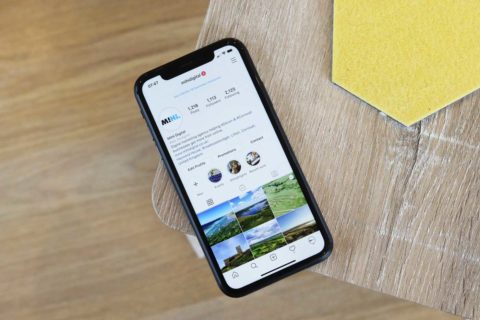 If you could double or even treble the reach, engagement and performance of your Instagram account within the …