Most of us will be familiar with seeing Google Adverts when we search, if perhaps not entirely with how they work and what makes them appear. If you’re already advertising, or are planning on advertising through Pay Per Click (PPC) on Google then we’ve got some great news; they’re extending headings, and that could potentially mean more clicks!

As of 26th October 2016, Google will no longer accept standard ads (those are the ones you see now when you search) as they’re being completely replaced with something called Expanded Text Ads (ETAs).

ETAs will include two headlines, each with up to 30 characters plus an 80-character description. They’ve been created primarily with mobile users in mind, but follow the removal of the adverts that previously appeared on the right-hand side of your screen (if you were advertising during that period and your advert was appearing over there you’d be likely to see some miserly click through rates!).

Less adverts on screen means less revenue for the good people at Google, so the next logical step is to try to increase the clicks on those adverts that remain.

The new Expanded Text Ads are optimized for the screen sizes of the most popular smartphones, and the increased characters give advertisers 50% more ad text.

Generally larger headlines have previously meant larger click through rates; as it stands advertisers can place punctuation at the end of their second line in order to get the two to form one larger headline, and that has proven to be an easy win for most!

Where are we now then?

For the time being, ETAs will work alongside the previous standard ads, allowing advertisers sufficient time to test both ad formats against each other. Initial testing has shown an average increase on click through rates by 20%. For businesses spending as little as £20 a day, that could see a marked increase in traffic and in potential sales.

If you want to create or edit a text ad after 26th October 2016, you will only have the option of the ETA format, so we recommend taking a look now and getting ahead of the advertising game,

If you’re struggling to create an effective Expanded Text Ad don’t worry, Google have released a best practices guide to help you make the most of this new feature.

Check out the guide here

How can we help?

You can of course get in touch with us and find out how we can help your PPC performance! We help businesses of all sizes increase performance on current campaigns, as well as provide in house training on all areas of Google AdWords. There’s plenty to learn so we find this works particularly well for those with internal marketing functions or business owners not looking to have a retained management of their accounts. 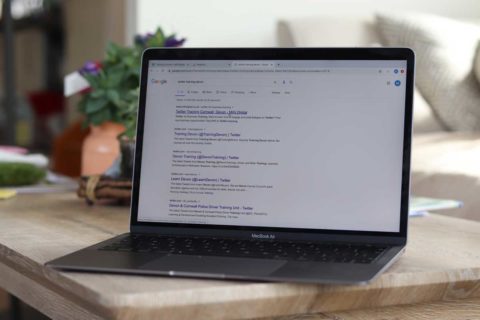 Getting your page titles right on Google

We know that there’s a lot written about ranking highly on Google! Some of it’s good, some of …