When successful, viral marketing can be an incredibly useful tool for a brand, particularly through social media channels.  It can take on a life of its own once given an initial push, being shared, commented on and spread through Twitter and Facebook at a pace and reach that other forms of online marketing would struggle to achieve.

A central element to its potential success is often that it is memorable, outrageous or hilarious.  This doesn’t happen by accident; brands need to carefully plan, implement and then distribute their content just like any other form of marketing.

Quality remains the key.  If it isn’t there and it doesn’t resonate with those watching then it won’t spread.

Apple has a very distinct and well-crafted brand.  All of their advertising, whether it be print, online or television and new media epitomises this branding; you know when you are looking at or watching an Apple advert.

This makes it a great potential target for spoofing and viral video.  Some have done this better than others; Sommersby Cider in particular has created a highly successful ad campaign based around the archetypical Apple in-store product launch.

It would seem that in mid-September Microsoft, perhaps rightly so, were somewhat underwhelmed at the new innovations on display during the Apple launch of the iPhone 5s and the iPhone 5c.  Their answer was to turn to video and within a short period of time the video at the top of the post appeared on their own YouTube channel.

In an even shorter period of time it was taken down, only to be left on others YouTube channels through sharing.

This video failed – have a look for yourself and let us know what you think.

Most common causes of stock loss in the retail sector 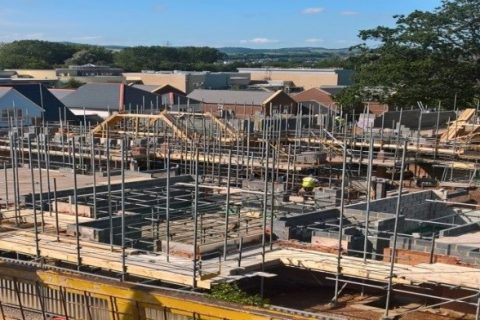 Contract Scaffolding in the South West from Hewaswater

Hewaswater Scaffolding are a long established and trusted contract scaffolding provider. They design, erect, adapt and dismantle all …